Build your factory as a Spidertron from the start! Instead of unlocking better weapons and armor, unlock upgrades to yourself.

Are you tired of walking around on only 2 legs? Now you can live your whole life as a hulking 8-legged spider mech! 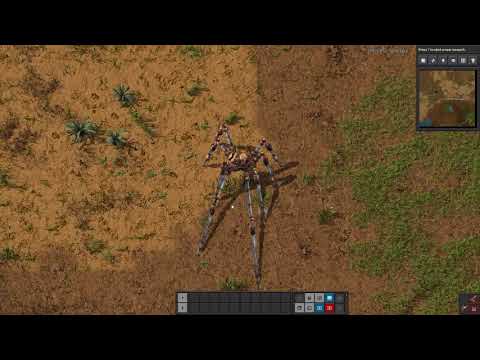 *There is a setting that allows you to exit the Spidertron. This allows some features from other mods to work, such as entering a factory in Factorissimo2