This mod adds 5 brand new tiers of Exoskeletons that will allow you to, well, go fast, faster, absolutely fast, insanely fast... Just a quick note before playing with this mod: pay attention to how many Exoskeletons you have in the grid, you won't need many of them, I promise. Otherwise, why would they cost so much?

Do you want to travel across all the factory in just a few seconds because those biters are tearing down your base? (Omg, hurry up mate, c'mon, that pour gun turret won't last longer without a repair pack) Do you want to tear down the enemy bases without risking your life? Do you want to explore 10 times your word map because you have a plenty of time to waste?

This is the right mod for you.

This mod adds 5 brand new tiers of Exoskeletons that will permit you to travel enormous distances. Play it with the mod Extended Vanilla: Power Armors for an optimised gameplay and consider the other Extended Vanilla (Ev) mods too. 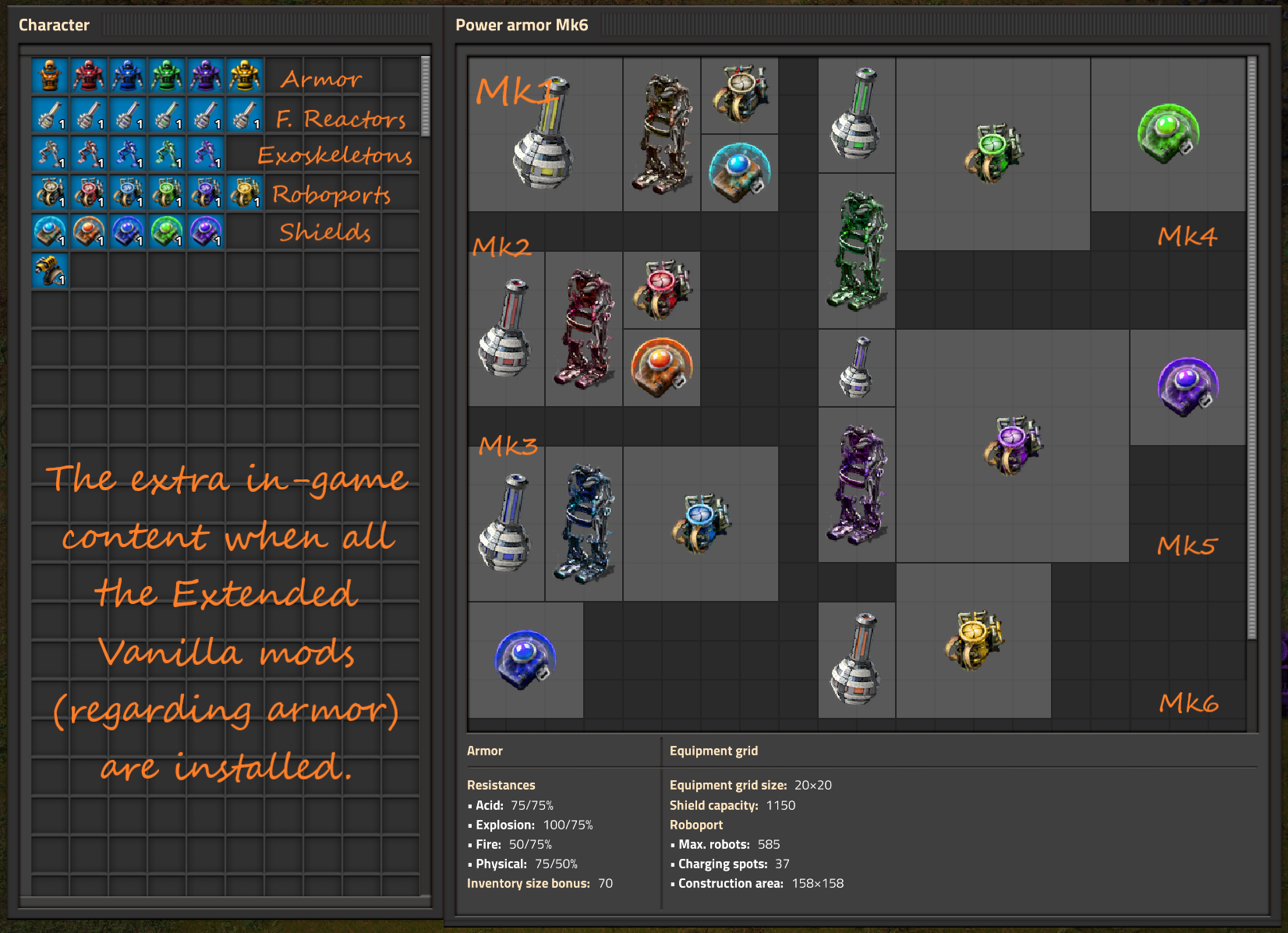