Adds 5 brand new tiers of electric mining drills with their relative techs and an useful base-production buff that can be stacked with the vanilla mining-production research. You can decide to directly craft a tier of mining drills or upgrade the previous one.

Adds 4 brand new tiers of electric mining drills with their relative techs, to speed up your production with some useful base-production buffs.
The tiers are based on your progression in the game, and each of them has a base buff that can be stacked with the mining-productivity research:

Base Buffs for each tier:

You can directly craft each mining drill. However, to not waste the old ones when you research a new tier, there are some "recursive" craftings with which you can "upgrade" them (mk1 to mk2, mk2 to mk3...).
It works for burner drills too. 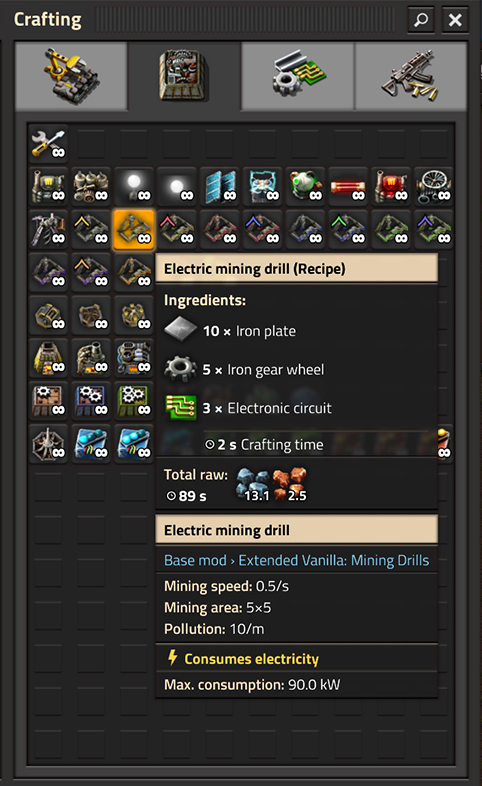 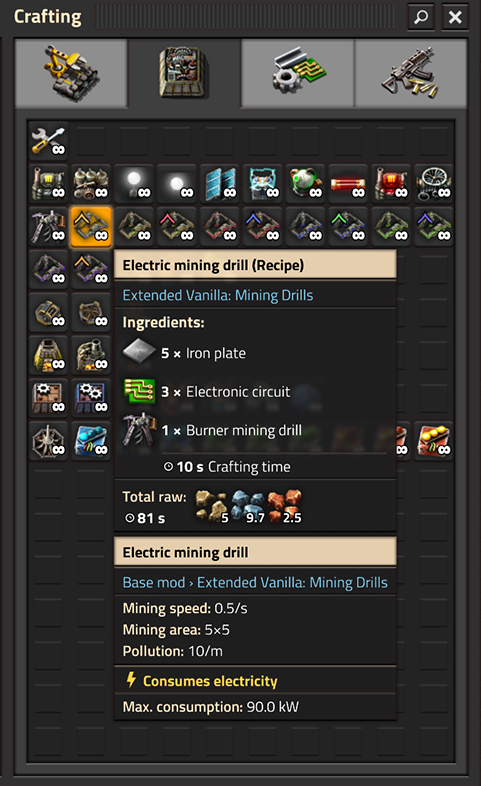 Balancing these drills is not as easy as I thought, so I'd be thankful to see what you think about them on both discord and the comment section.
If your production isn't enough yet, the mod Extended Vanilla: Ores & Refining can help you.

A complete list of the mods on which I'm currently working: (Latest update: 07 December 2020) 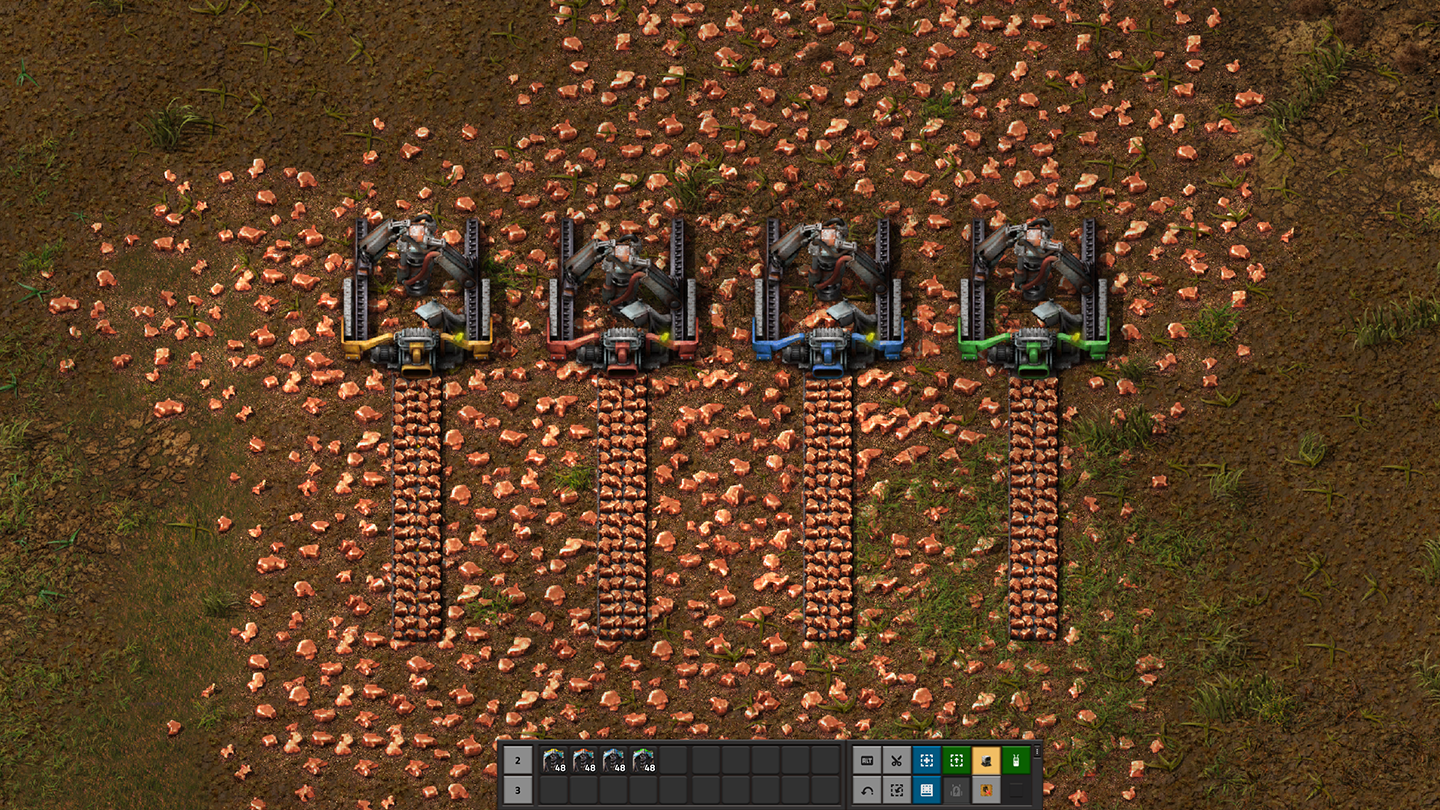 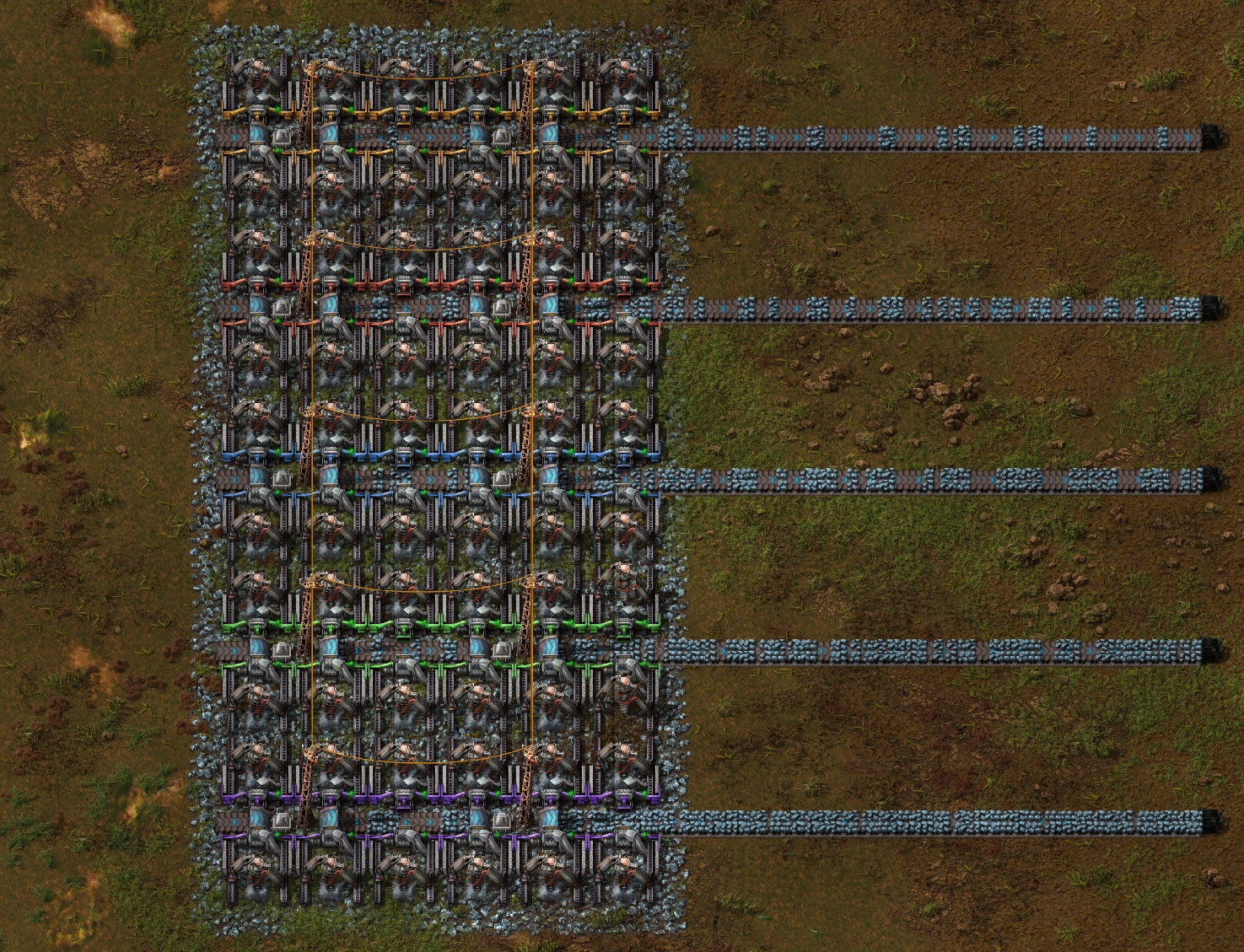 The complessive production of each tier with 50% Mining speed production boost.

Do you remember the old modpack for 0.15, that consisted on plates and alloys, refinering and multiple ores?
Well, by the end of the next month (September 2020) I'll rework it for the newest version of the game, so If you want to tell me something (Ideas and suggestions, for example or what you liked/disliked of the old modpack - if you where there and remember it xD), you're welcome to enter in my discord server; see you and stay tuned!