Add support to have multiple races of enemies and add various enhancements to enemy races. E.g Enemy becomes tougher as they level based on your pollution and killing factors, custom attack wave with flying units, custom race spawns and etc. Please visit the mod page or search "ERM -" mods to download the new demo races.

This mod adds support to have multiple races of enemies with distinct looks & abilities. It also adds various enhancements to enemy races. Such as enemy leveling, enemy base rapid expansion, enemy attack waves such as flyers squad and dropship squad.

It also provide an easy to use LuaRemote interface to add new enemy races. Please refer to the demos below.

I hope someone with art skills can come up with some new original races.

These race mods are made as educational demos. You'll have to download them separately. 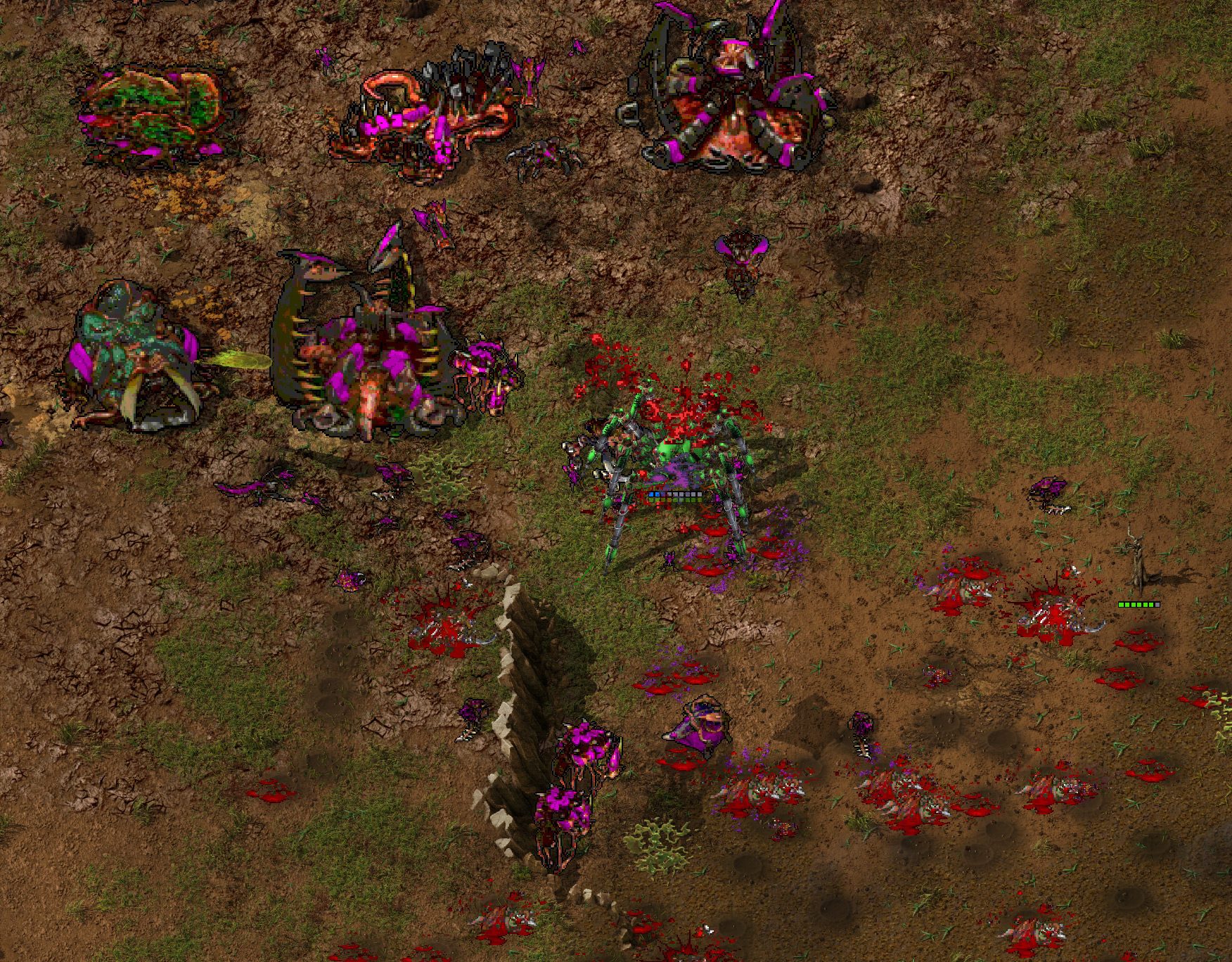 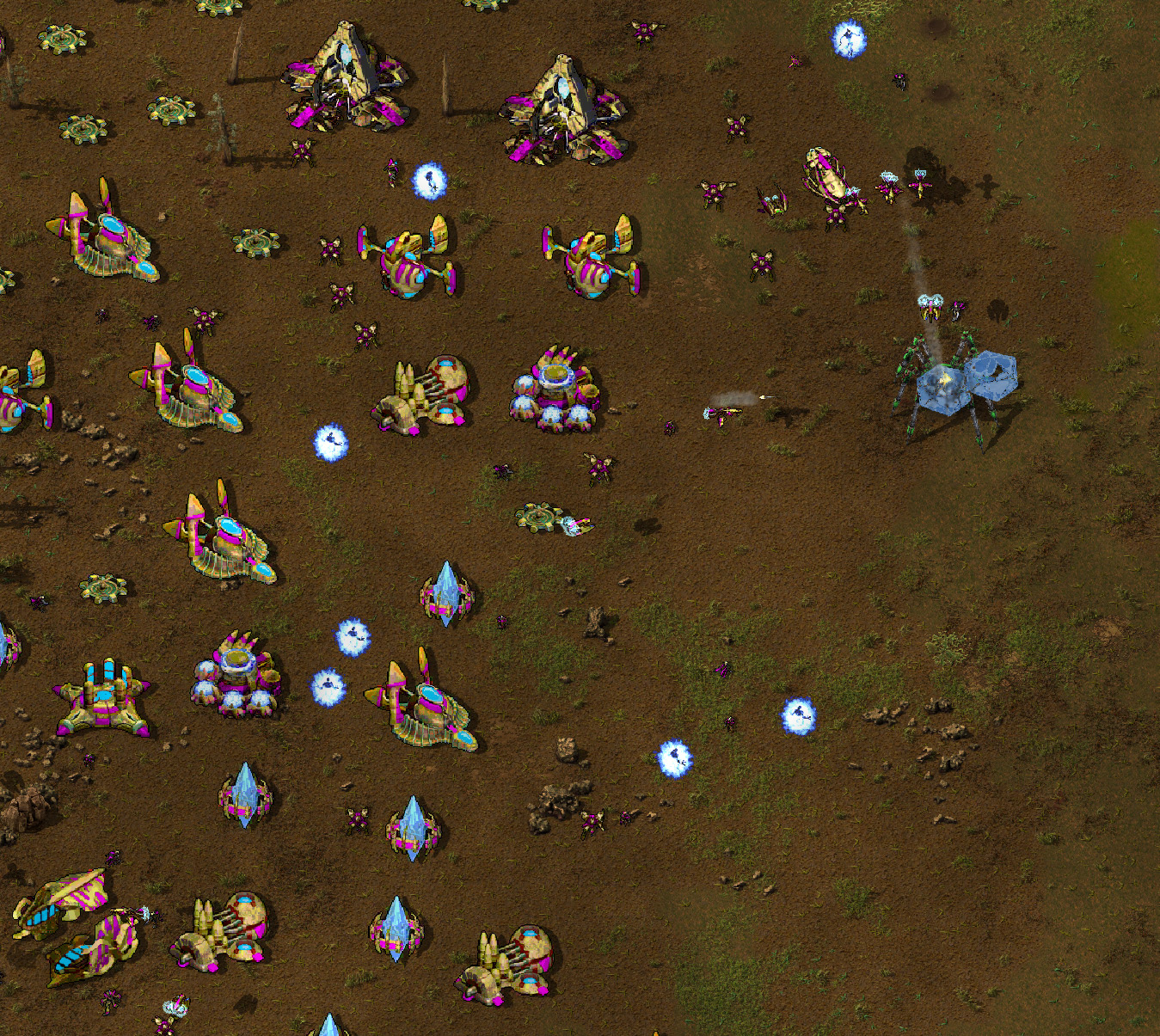 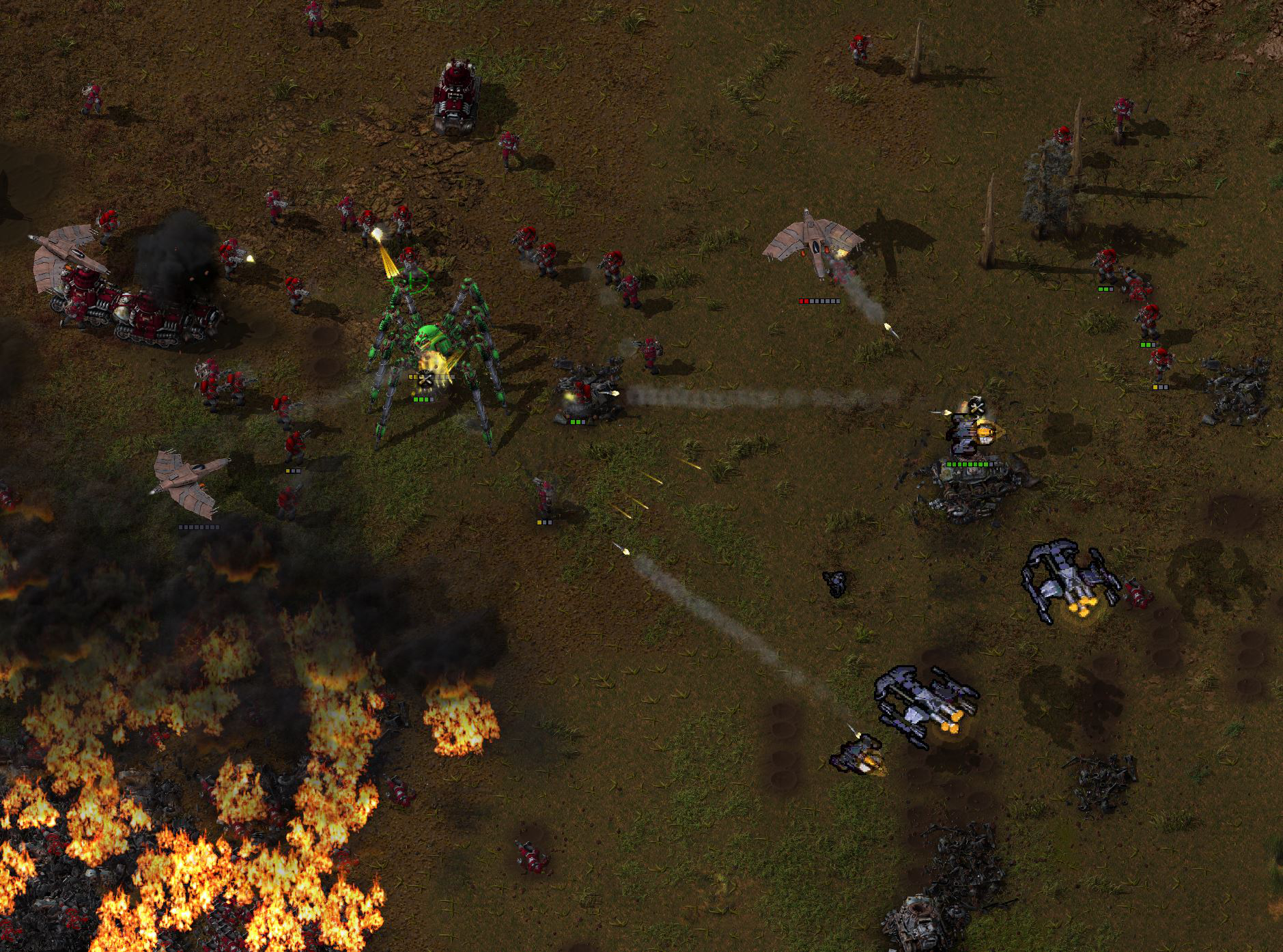 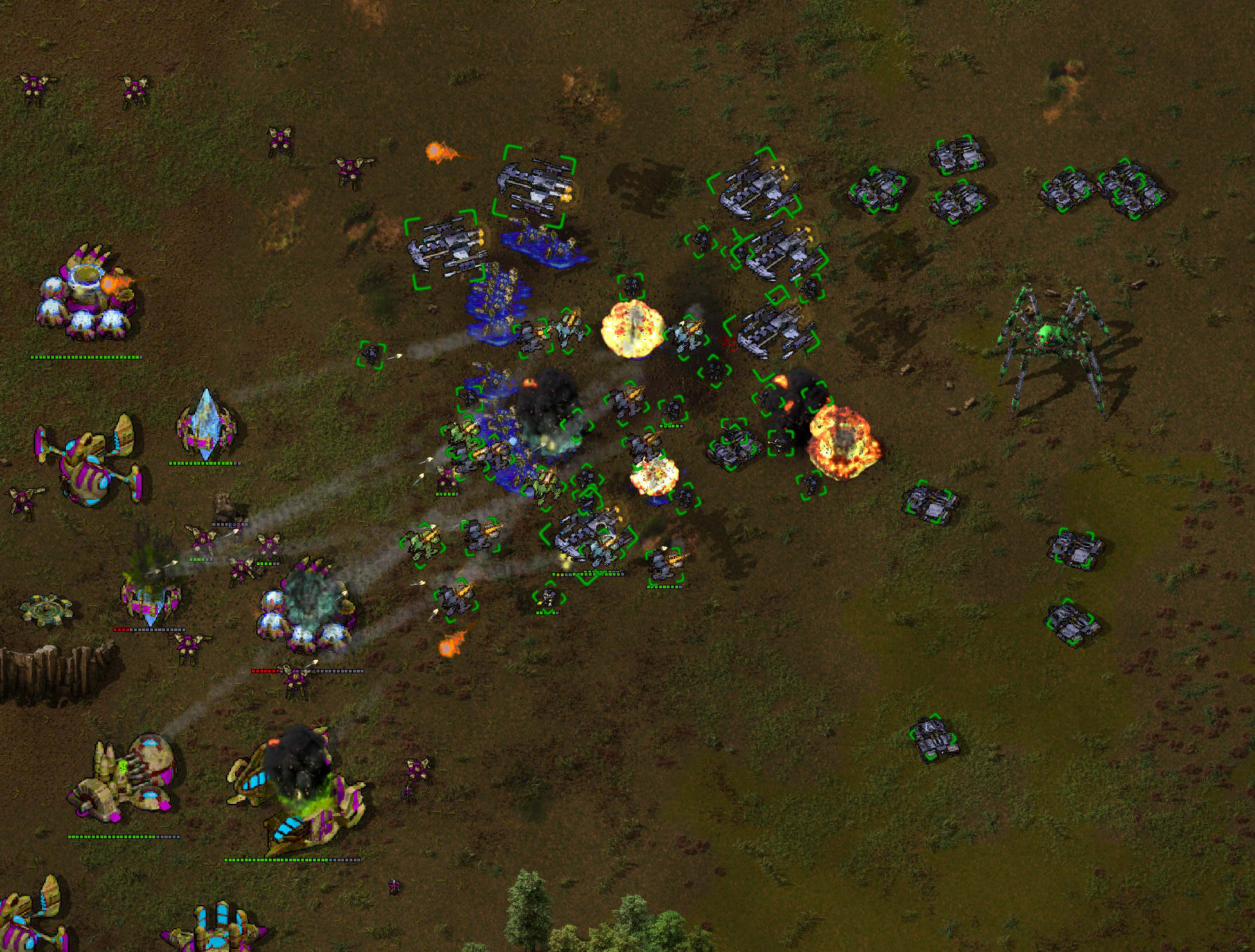 New enemies can be added as new forces

Manage new race as new enemy force. Each race has its own force statistics

New races may have up to 3 tiers of unit-spawners and turrets. This applies to enemy base expansion.

GUI to view each race's stats.

This defines how enemy bases are generated when a new chunk is charted.

Default * using base game autoplace. All races are mixed together. 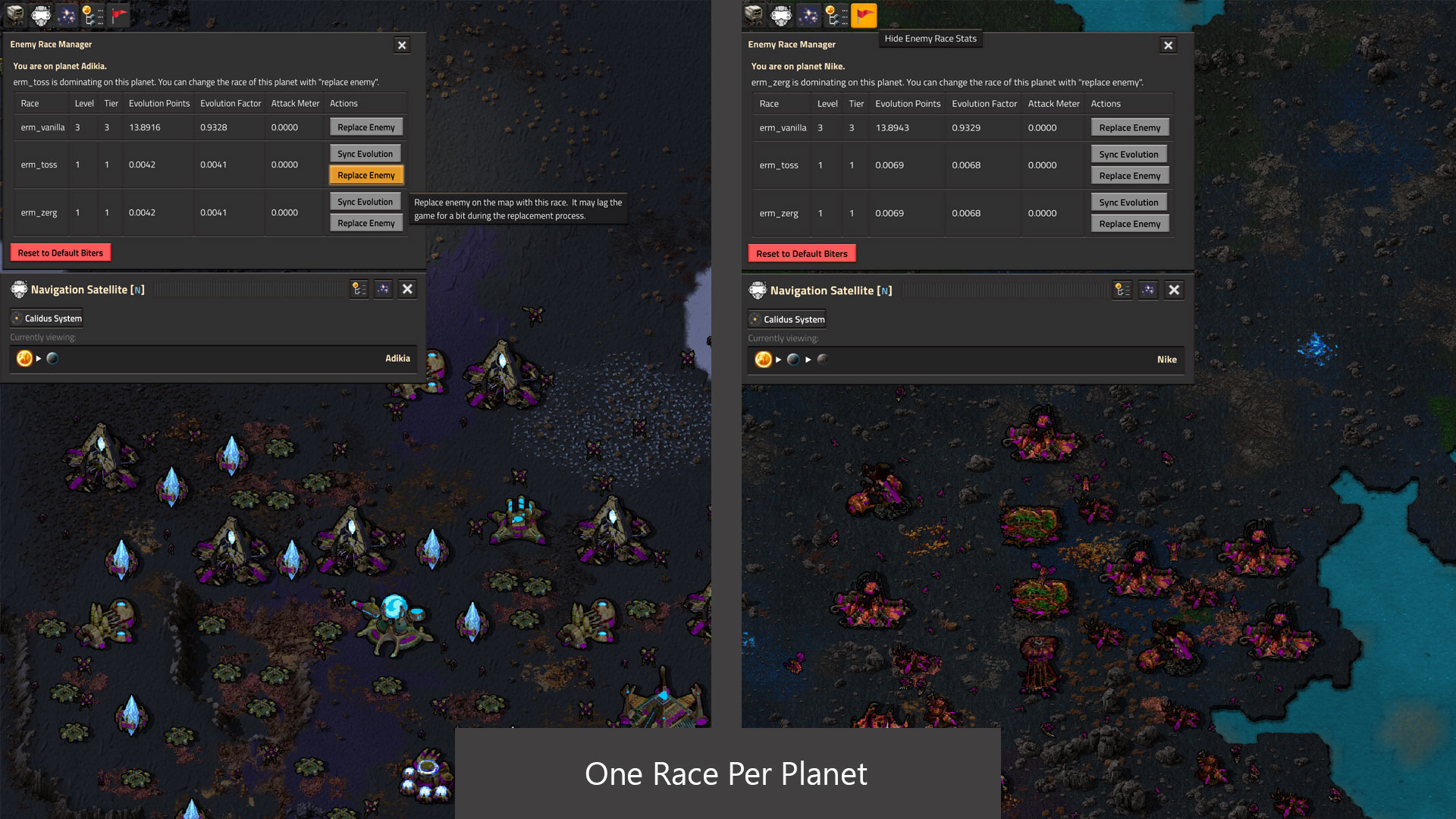 This defines how enemy expand into new area. In base game, each building group build one building at a time. This feature changes that they build several buildings at one time with specified formation.

You can change the build formation option. For example:

Partial formation is build based on cc > support > turret priority. 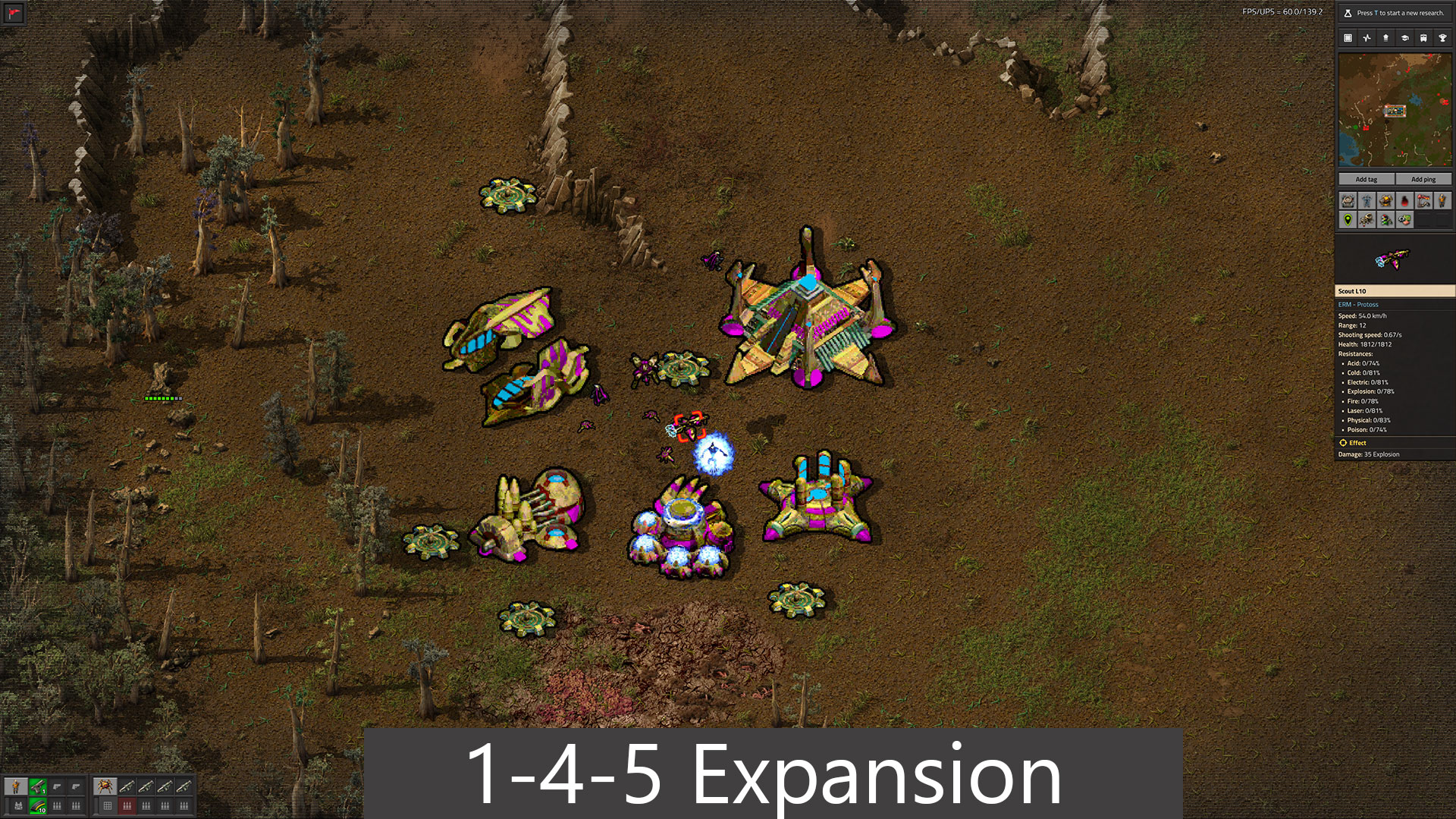 Flying attack groups (ON by default)

Dropship groups (ON by default)

Precision strike groups (ON by default)

Time based attack wave (ON be default)

Free for all [Experimental]

/ERM_FFA command enable Free For All mode. It can be toggle on and off. Enemy races will fight each other to death. * This feature will have performance implication. * This command limits to max enemy level 5 and 10. * High level units are excluded because unit spawns quicker than they die and cause performance issue. * Not recommend to use FFA on a death world map. They may never stop fighting and kill your performance. * When toogle off, all units in enemy forces are killed.