IMPORTANT: Do not use items directly from the blueprint library

Ever wanted your underground belts to turn corners? 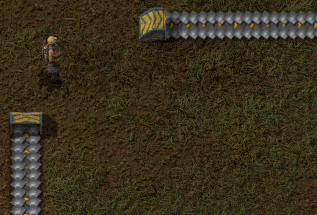 Ever wanted to run underground belts long distances without periodically popping up above ground?

Ever wondered why underground belts cost the same whether you run them under one tile or their full length?

If the answer to any of these questions is yes, then you need Beltlayer.

Each underground belt connector is a pair of loaders, one on the surface and one on the special underground surface. Each loader is connected to an invisible chest. Periodic Lua scripting teleports items from the chest on the surface to the matching chest underground, or vice versa. The mod takes special care to minimize the UPS impact by transferring multiple stacks of items at once, and minimizing the amount of processing required.