This mod adds a basic RPG system to the game (XP, level-up and skills) This mod adds an RPG system to the game, which distributes XP (experience) among the players of a team. Compatible with other mods and scenarios that create new forces.

XP Table Construction: 100 levels
Configure the XP required to pass the first level, the Multiplier and the multiplier Reductor
Formula for the next levels = Previous XP * (Multiplyer - Level * (reductor-reductor*Level/100))
So, if the first XP level is 600, multiplier 1.61 and reductor 0.023, the second level will be 939, the third 1449...
(DON'T CHANGE THIS UNLESS YOU KNOW EXACTLY WHAT YOU ARE DOING)

It is possible to integrate with other mods, using interface "RPG", which allows to give or take XP from players or teams. For compatibility with other mods that also alters character status, this mod raises 2 events that may help. See control.lua for details. Other mods may also give XP Potions to players as reward or loot.

Check the mod in action in the great review from JD-Plays (on an early version of the mod)
https://www.youtube.com/watch?v=Mw5_kpyL-AU 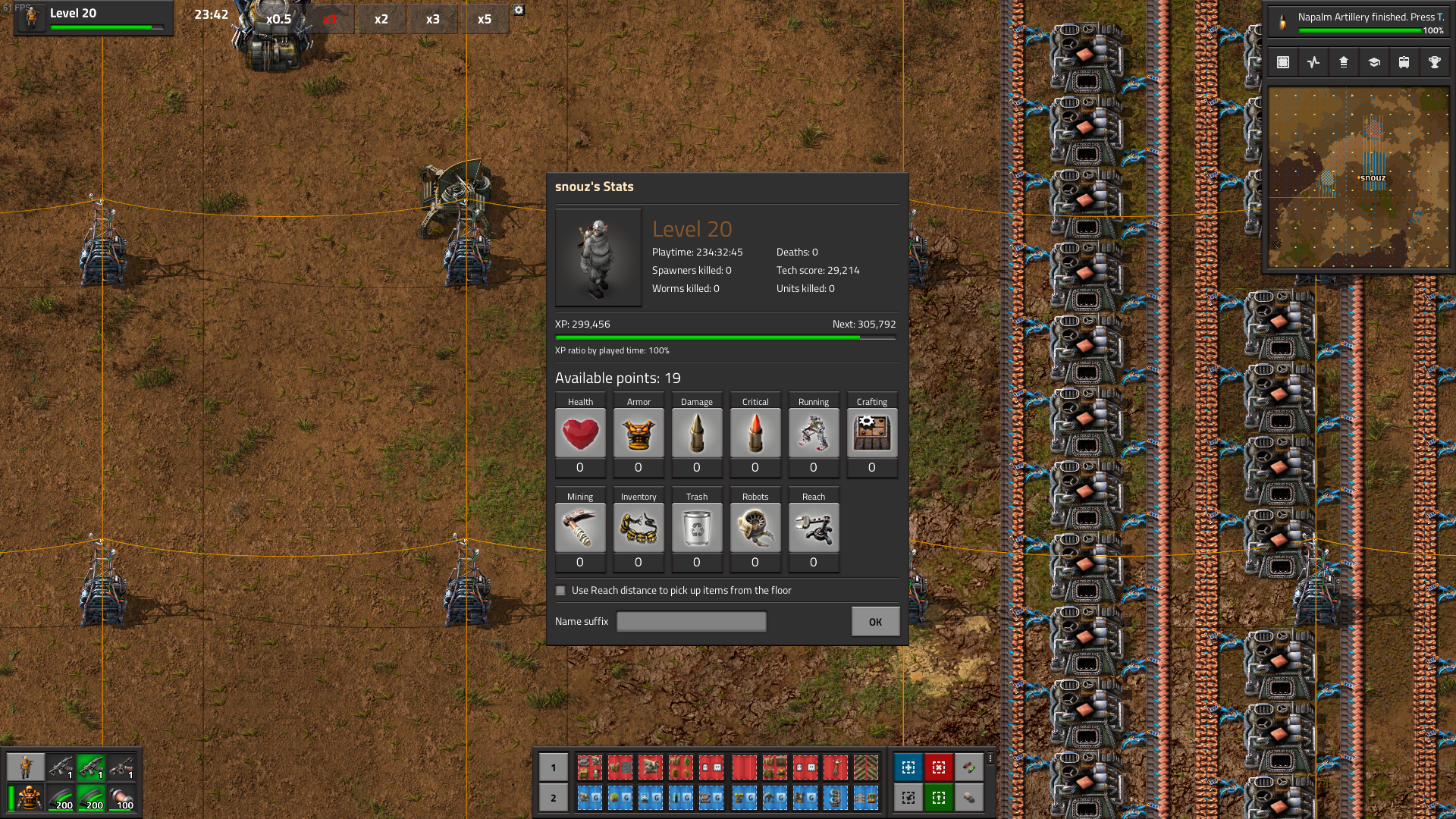