Allows you to to move items using Spidertron 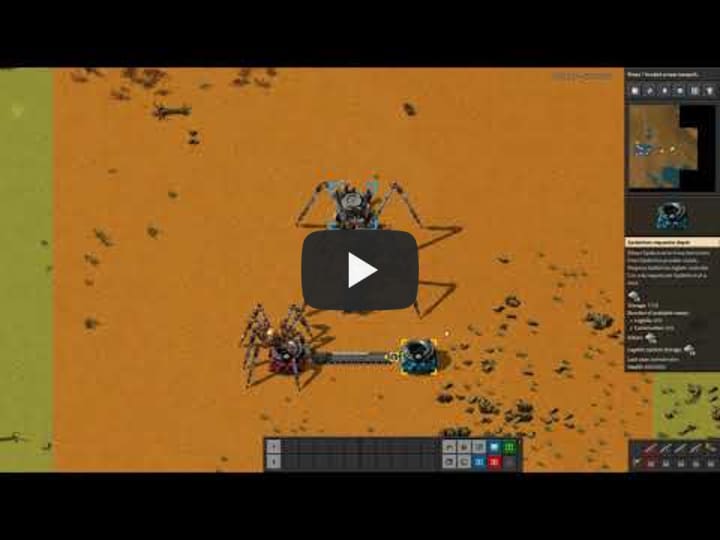 The above showcase is outdated. Many changes have happened since this video.

You must have everything in the same logistic network

Normally, a mod like this would be just an even better version of logistic robots
Instead, I added limitations that allow Bots, Belts, Trains, and Spidertrons to be viable together

The result is that spidertrons are great at medium range bulk transfer, for example transporting copper cable around the factory or smelting
They are beaten out by trains at long range. Once trains are fully accelerated they have better throughput