Hi all!
How sick are you of pipe fluid throughput? This mod aims to add a new set of big pipes to the game called "Ducts" that have better performance. Without being cheaty, ducts have the same fluid volume (height included) of normal pipes, along with connection points that will adapt to the necessary pumping rate.

What adds the mod?

The duct parts is divided in each possible pieces for have a better control during construction: 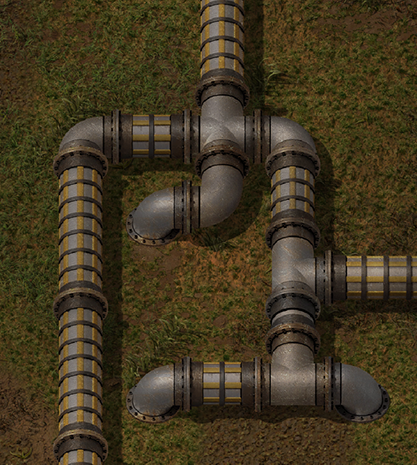 And two new pumps! Like the vanilla one they require energy and are four time faster! (the end points is animated):

This two end points have different purposes: one push fluids inside duct, the other will take out of it. 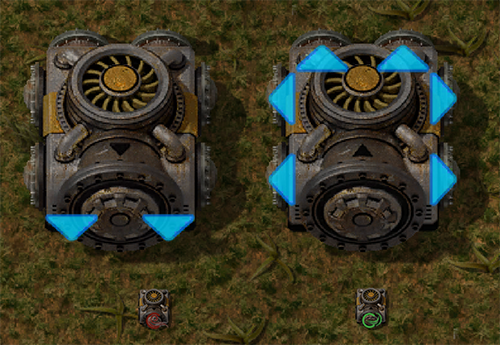 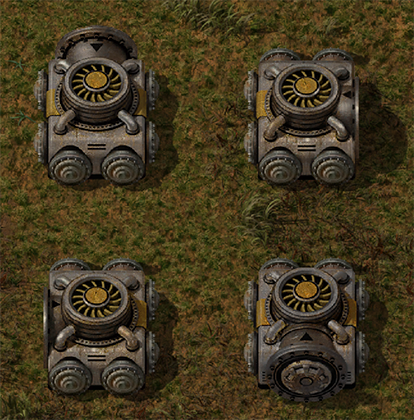 The time that vanilla pipes need to fill one storage tank with the ducts you could fill four of it.

The last part of ducts is a non-return duct, that push fluids in one direction, avoid the backflow effect (don't need power).

This give to players the possibility to choose where is better send more flow: 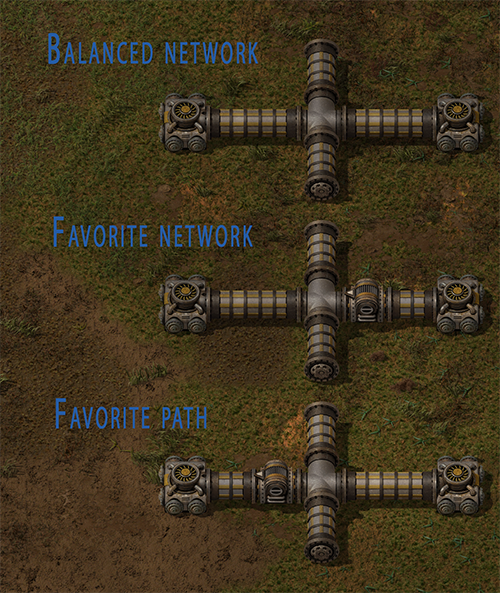 The straight duct parts will be automatically connected and replaced with the bigger version by the mod in construction (could be disable in mod options):

And robots could use auto-join too:

If you are wondering how much UPS this features drain, is about 0.050+/- with 100 robots that place things concurrently (when something is built) for characters is about 0.002+/-. Anyway, could be disabled in the mod options.
It is recommended to build ducts in one way with this option, see in game behavior for understand better.

For use the ducts in the best manner we will give some suggestions:

We recommend to use Flow Control, that have a splendid synergy with this mod.

This mod is part of mods developed by Krastorio Team