There are two core concepts for this mod:

The station select dialog provides a quick way of moving between stations and can be opened when onboard any train via either the input hotkey (ALT-P default) or toolbar shortcut: 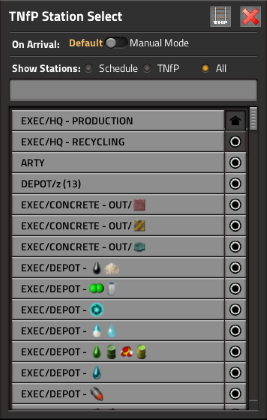 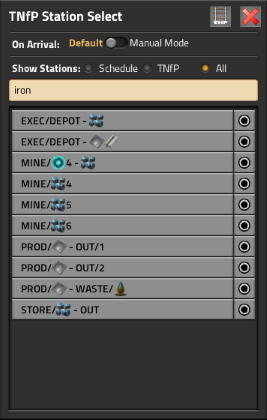 If one or more trains are assigned into a TNfP network they can be automatically dispatched to the players location using the two shortcuts:

Trains are available for players if they have a train stop marked for TNfP use anywhere in their schedule, which is done via a single combinator signal.

To assign trains into a TNfP network:
1. Research trains, train stops and the circuit network.
1. Have a train stop thats only intended for player use.
1. Have a train thats only intended for player use, with the player train stop anywhere in its schedule.
1. Place a Constant Combinator near your personal train stop.
1. Set the combinator to output the new 'TNfP Station' virtual signal (with any value) -- found under 'Signals'.
1. Connect the combinator to the train stop, with either red or green wire. 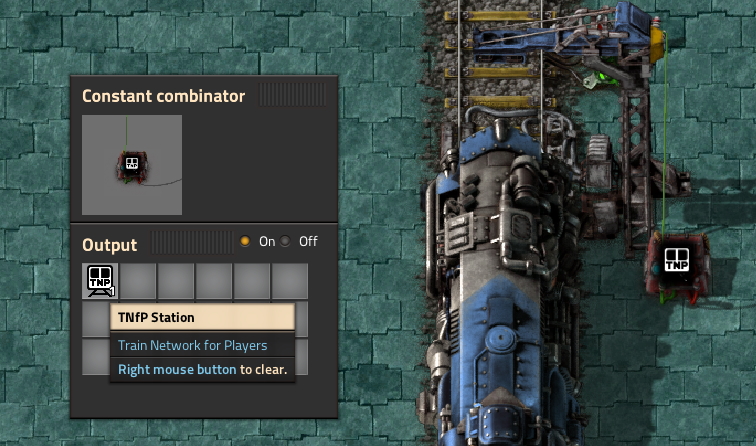 When dispatching trains TNfP will find the nearest train which has anywhere in its schedule a train stop receiving the 'TNfP Station' signal.

The railtool provides a way of creating temporary train stops and is used by selecting/dragging over an area containing rail segments, from either the standard player view or map view: 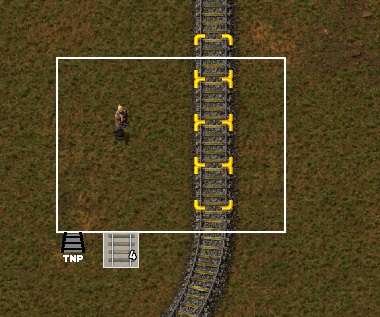 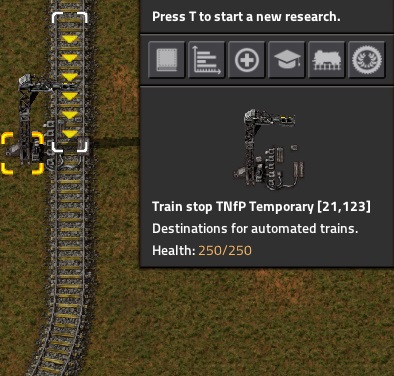 The 'TNfP Home Station' is an additional circuit signal found under 'Signals'. When this signal is provided to a train stop, that train stop becomes marked as a home station. 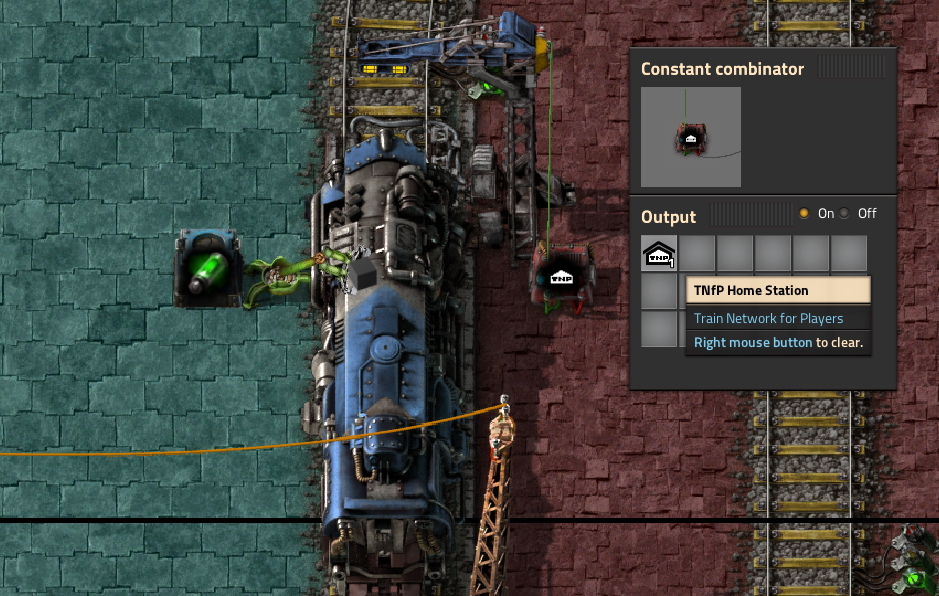 Home stations appear at the very top of the 'all stations' and 'tnfp stations' lists in the Station Select Dialog above pinned stations, allowing them to be quickly selected for dispatch.

This mod should be mostly stable for both single player and multiplayer. Bug reports, feature requests or any comments are preferred via github.com or via the forum. Please include the crash log and version information about both factorio and the mod in bug reports.