Made-for-fun mod that adds "placeable-off-grid" flag to every entity in the game.

Ever got tired of simple grid-based building, with no real challenge? Then this mod is exactly for you! You're no longer constrained by limitations of the grid! Build wherever you want, whatever you want!

PlaceableOffGrid is mod that allows you to place any entity (conveyors, assemblers, inserters, pipes, etc.) not only on the grid. It breaks some graphics (like conveyor belts.) but still fun and, maybe, hardcore.
How to enable grid 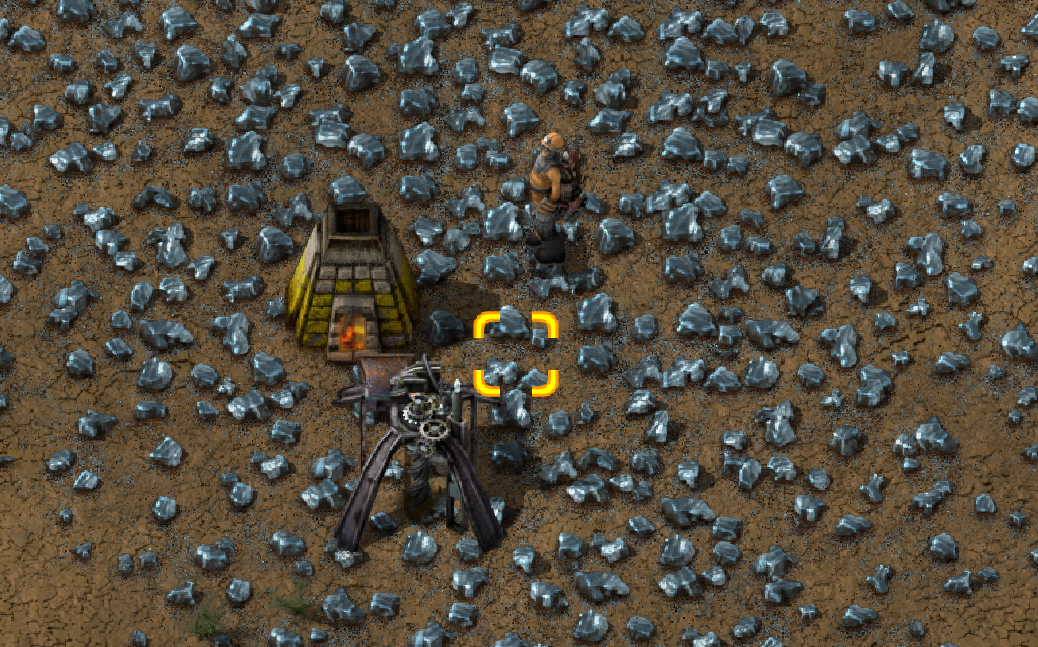 On a screenshot below, you can see how belts looks like with this mod (placed by hand)
Don't worry, you can disable this for belts and pipes. Scroll to the end to find out how.

They are still working well, because belt that moves items and belt-the-entity is a separate objects. Entity have cycled animation, hitboxes, etc. but Item-moving are always tied to the grid and moves items. Entity is just graphics.

Item-moving parts need to be “linked” with each other to move items to the next segment of belt. When entity placement tied to grid, parts link automatically. But with PlaceableOffGrid you need to do this “by hand”.
On the next images you can see belts when placing them:
Not linked: 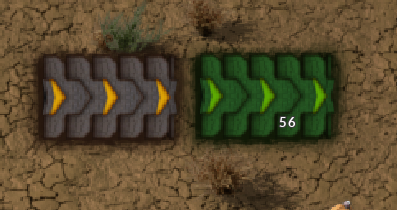 Also linked, but distance are shorter: 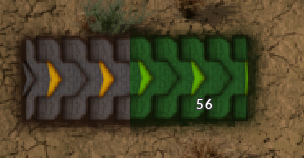 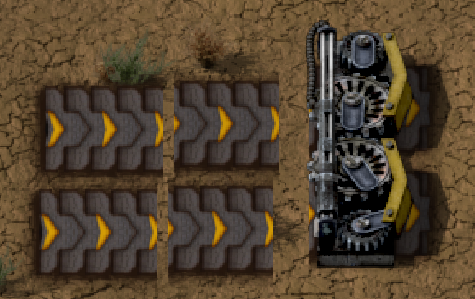 While placing underground belt, you can see "link line" connecting output and input.

Remember, it's just a graphics (and collision).

We can also place second underground belt output, so we have 1 input and 2 outputs, but item-moving part still the same (just a preview, I tested this). 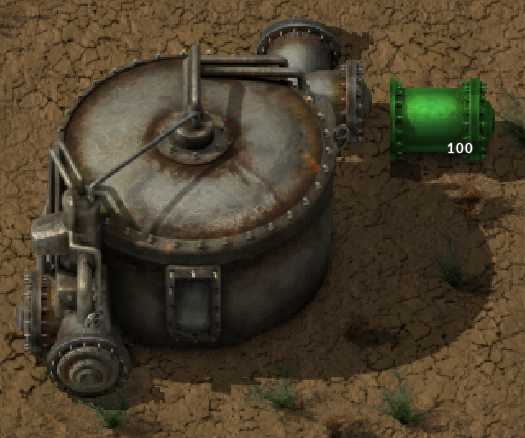 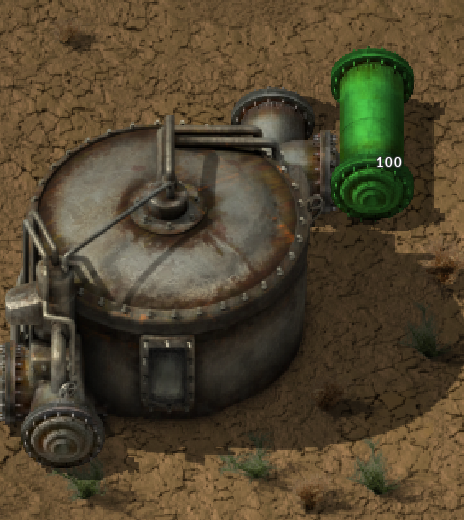 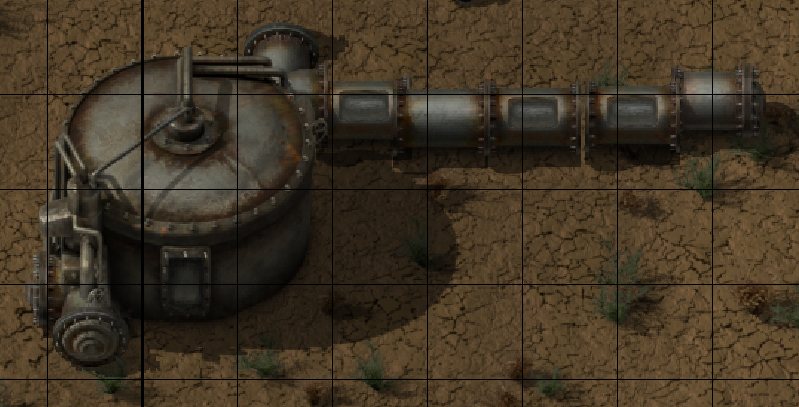 Rails have a bit of differences with belts and pipes. Rails have their own, more precise work logic and grid (nut placeable-off-grid flag still work). Rail planned places rails by grid, but if you place rails by hand, you need to be very precise. 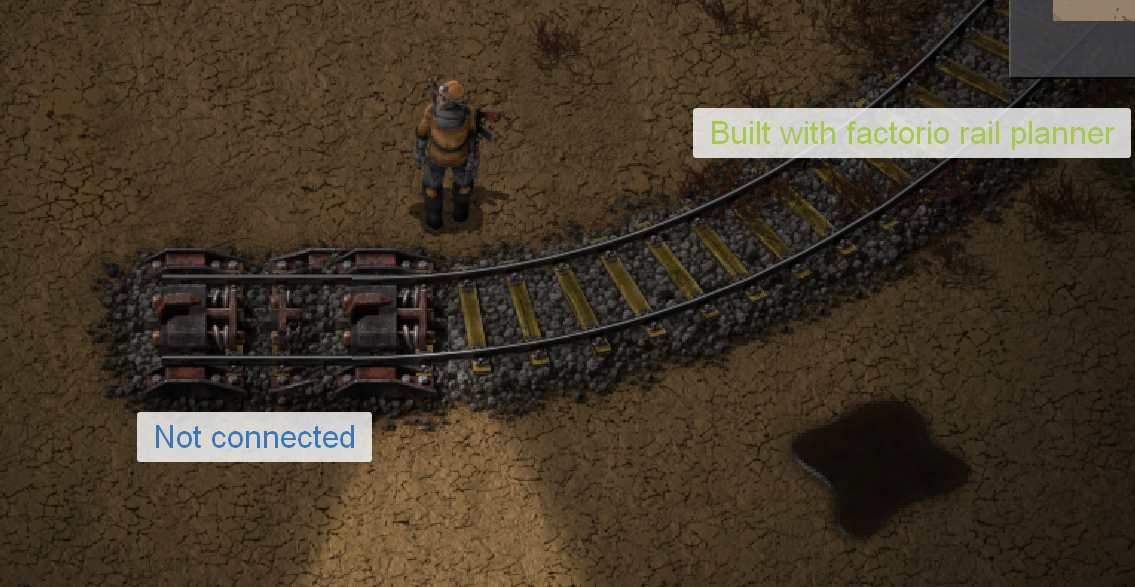 And this is what you get if you hold LMB and run at the east:

You can't place any of train parts there:

Did you ever knew that rails have two rail-grids? Every lane built with rail planner:

Train signals and stations have placeable-off-grid flag too: 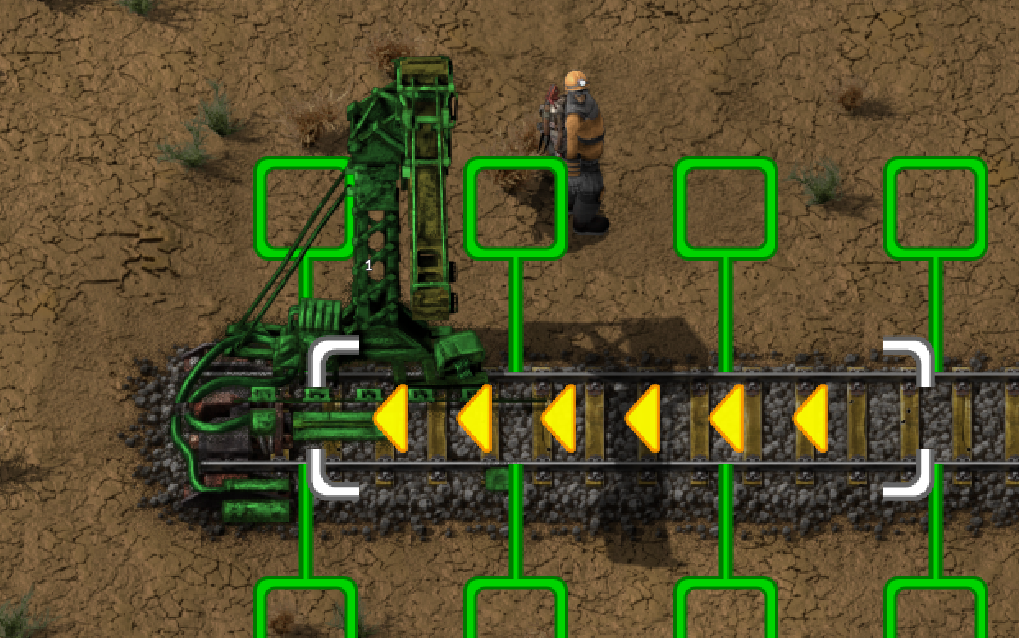 I tested stopping position with stations: 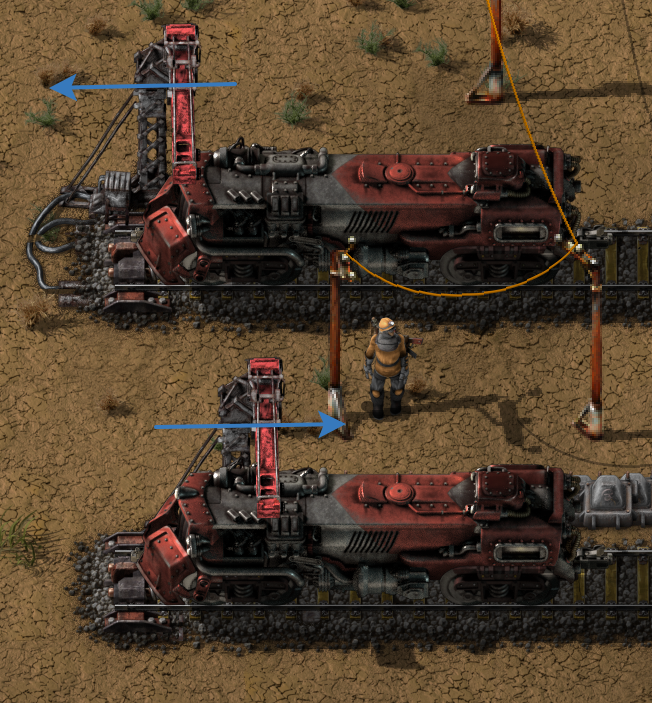 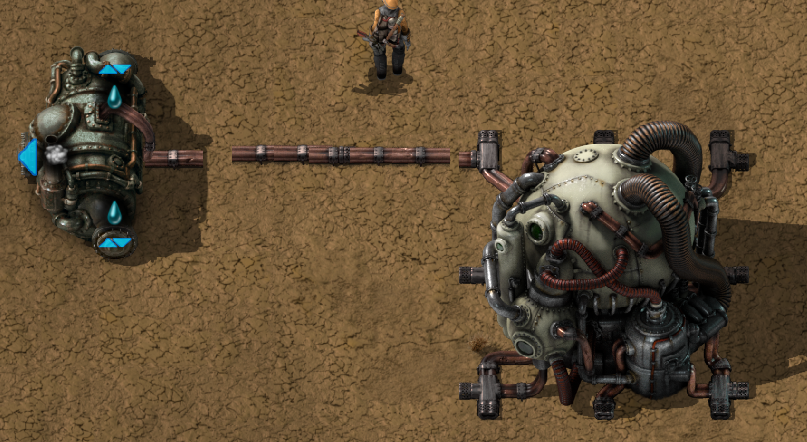 Starting from 0.1.3 you can select which prototype-types will be affected by Placeable-off-grid: 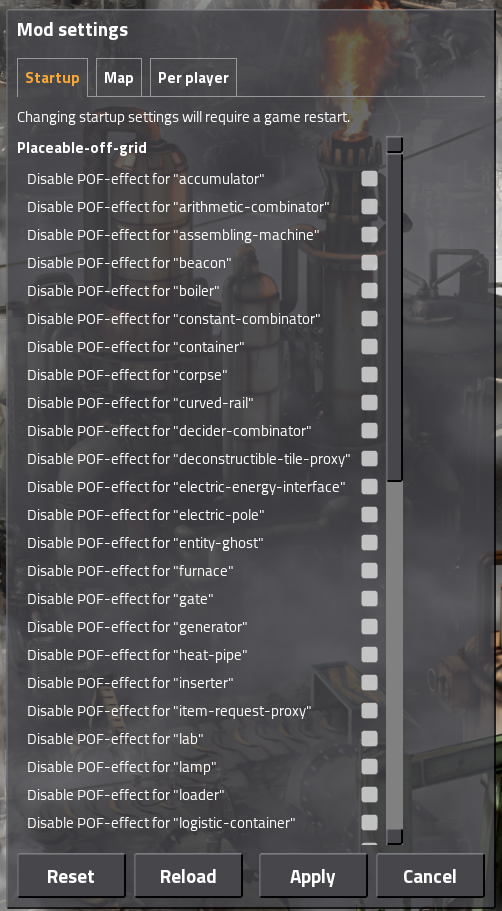 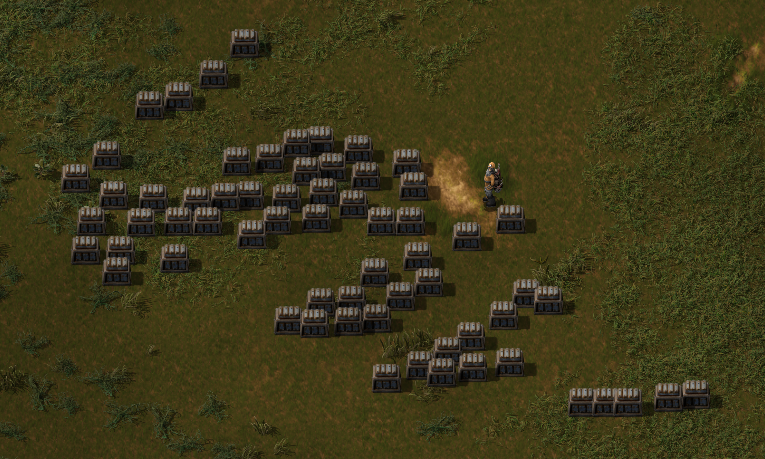 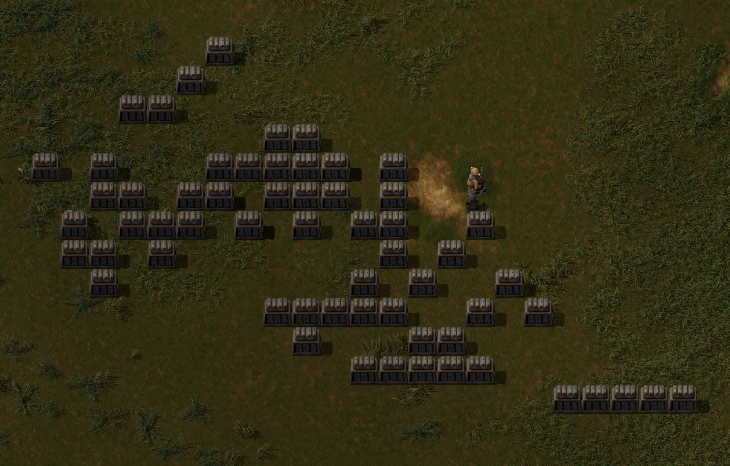 But it don't affect on belts, pipes, rails, etc. 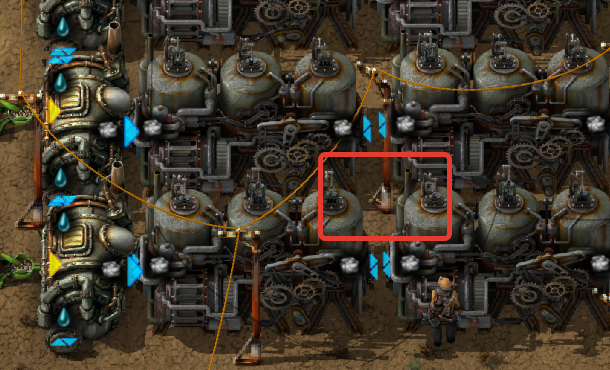 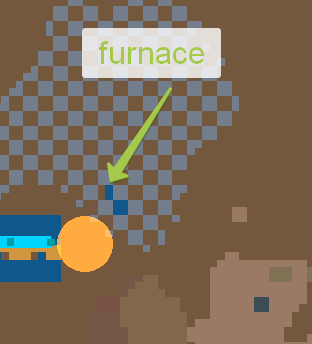 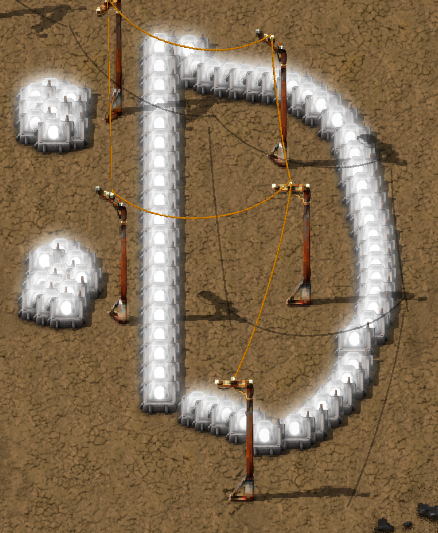 If you would like to support my unholy work, you can donate me using BTC, BCH or ETH (images are too large, so it's just a link):
Bitcoin Cash (BCH)
Bitcoint (BTC)
Ethereum (ETH)