Adds tools focused around ease of use when piping!

Highlights nearby underground belts and pipes that are not connected to anything underground when hovering over belts or pipes. Can be disabled per player in mod options.

Call a plumber on any pipe by selecting it and pressing the default keybind of [SHIFT + DELTE]. This will loop through all connected fluidboxes and remove the selected fluid allowing your pipes to freely flow again.

Want to see where all the underground pipes around you go? Validate your connections by pressing <CTRL SHIFT P> and all underground pipes will be shown and orphans marked (Compatible with Advanced Fluid Handling mod). Press again to turn them off.

Ever wonder if your soup sandwhich is all connected? Ever wanted to see where a pipe goes? Have you wanted to check if there's any disconnected pipes in a pipeline? Well, just hover your mouse cursor over a pipe and find out! (Default up to 250 pipes in a line)
If an orphan is found (An orphan is defined as having one or no connections) on a pipe, pump, or pipe to ground, it will mark that entire branch to the nearest junction in red. The remainder of all pipes will be marked in yellow.
If there's no orphans, it'll mark it all in green! Green is good!
Pumps can even verify if they're connected to a rail! 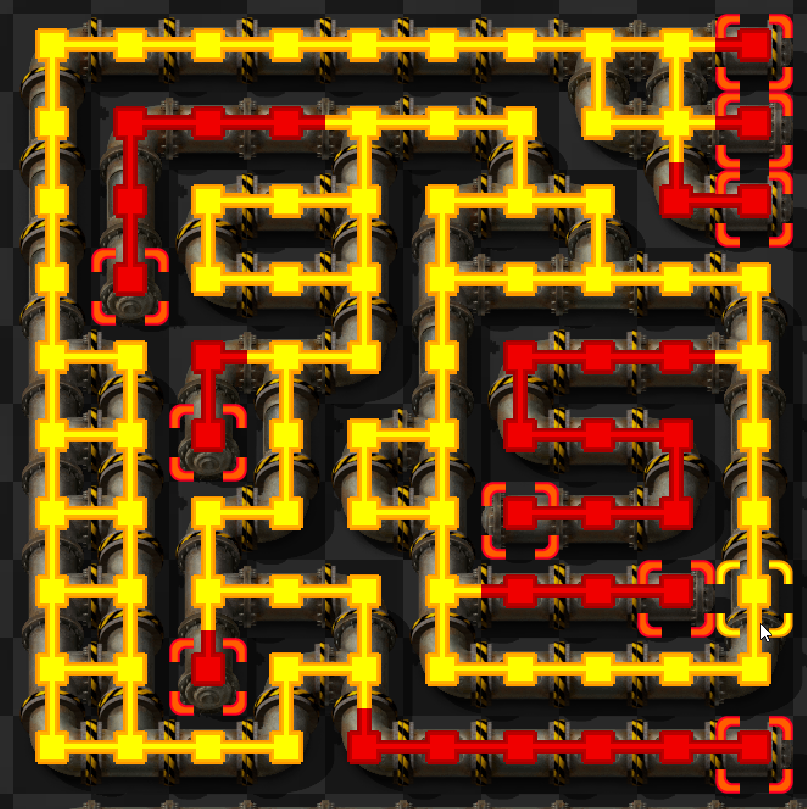 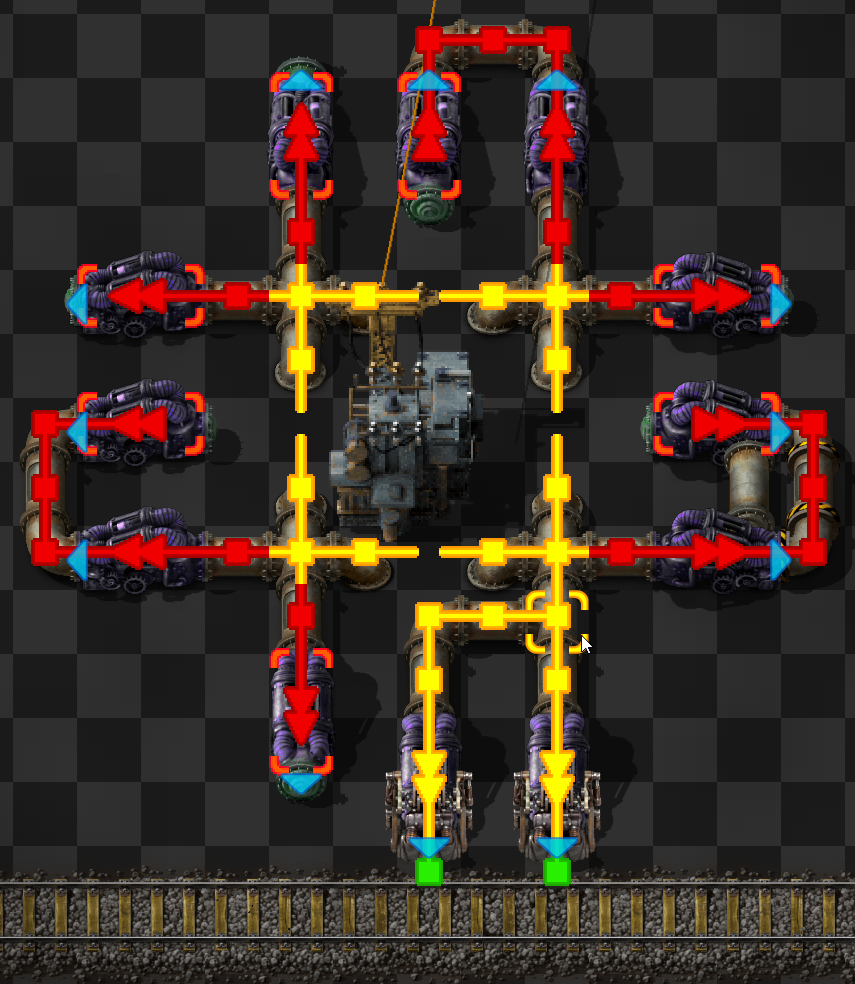 Want more control of your pipes? Clamps have you covered! Just start drawing a pipeline and the script will handle it for you! This automagically prevents fluid mixing when placing pipes, and even allows parallel pipe laying when the pipes are empty, or full, even with the same liquid.
You can press \<ROTATE> on any pipe to clamp or unclamp it. You can also use the selection tool from the blueprint menu to clamp or unclamp entire areas. (Unclamping will always attempt to prevent fluid mix)
Note: Pipe will attempt to clamp itself if the fluid you're piping doesn't match a building it's trying to connect to (IE: Storage tank.) This will cause warning spam if dragging the mouse while placing pipes and this happens. (see last image below)