Changes the science pack recipes, take it to the next level. Just so it isn't always the same boring vanilla recipes...

This mod changes the technology tree. The research dependencies are still the same, but the recipe ingredients are different. The goal of this is to make new science buildings. That way you have something else for a change.

As mentioned above, the main changes are the science packs. To create science potions you now require science fluid that you have to bottle up. This way you have some common resource (the empty bottle) that is required for each science pack. 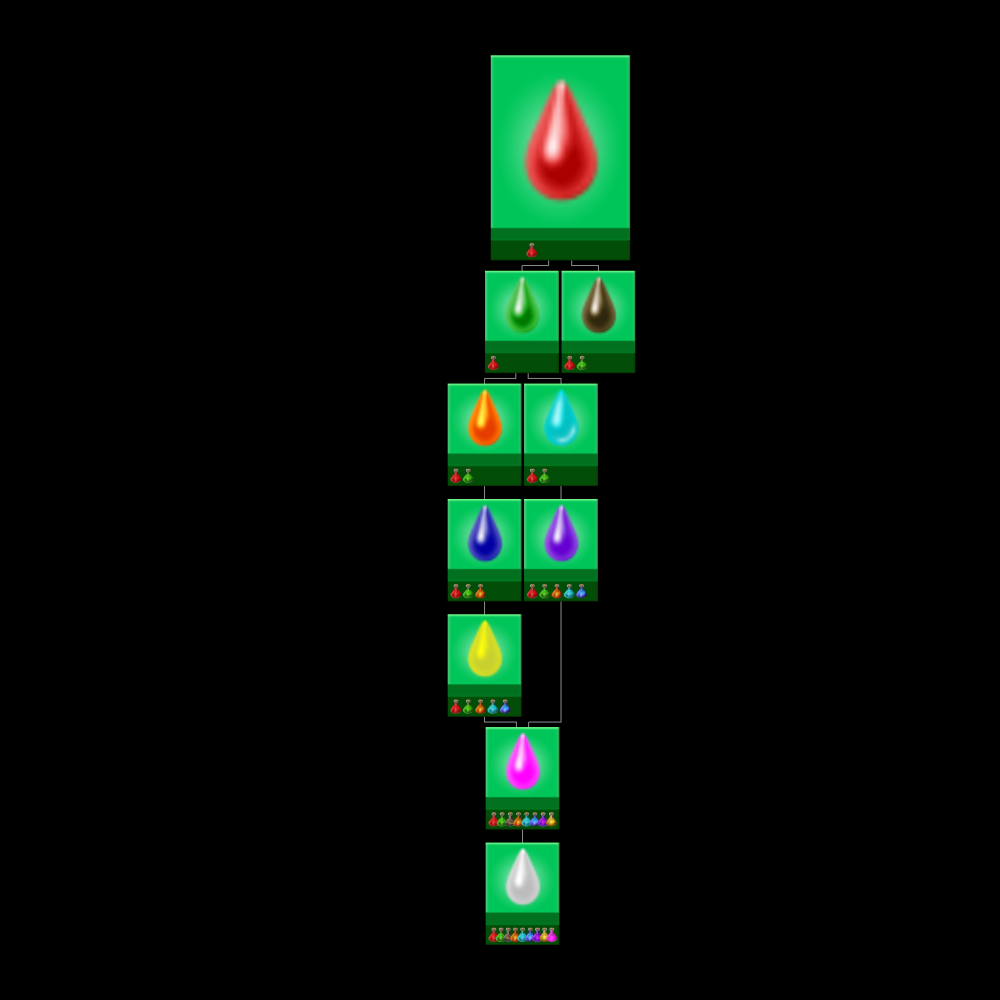 As you can see, there are 10 science fluids in total. This is for the creative people, but don't fear! Each potion has less ingredients to progress faster, but in the end afther you done all 10 science packs, it will be the same difficulty as vanilla.

As I require wood for the empty bottles, I also have implemented a way to automate some wood production. Don't be afraid of this. You'll get plenty of wood early game from clearing some forestry until you unlock the ability to automate this proces. On the other hand its not too hard so you won't get bored with cutting trees all day. (It's called balancing...)

As I am altering all science packs, I also alter the space science pack. You'll still have to build a rocket and launch it into space with a satellite inside to gain space science packs. I added some recipes inbetween so you create actual rocket parts for the rocket to make it a bit more realistic. I calculated the recipes carefully so you'll still use 10x100 low dencity structures, rocket fuel and control units. 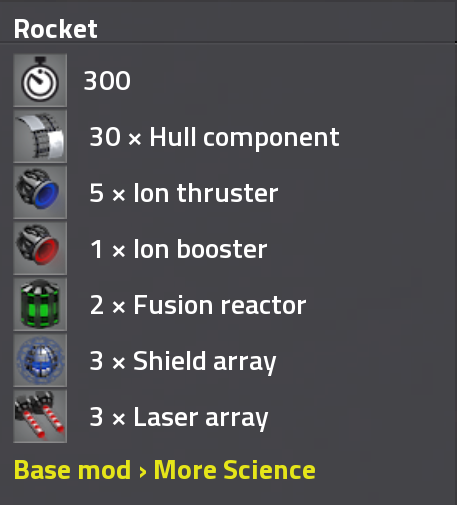 This mod is still in development, changes may occur and also balancing recipes out.

See ingame changelog or find it here on github.