Adds a planner that creates a miner layout on a resource patch. 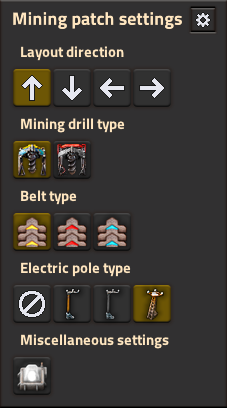 Tweaks the algorithm to try to place more miners than necessary, has a chance to do nothing on a certain resource patches.

This mod supports all transport belt variants added by other mods.

Consider using Module Inserter to insert modules into the miners.