Adds biter egg nests to the map in addition to normal biter bases. When destroyed they will release a number of either evolution appropriate biters/spitters or worms. 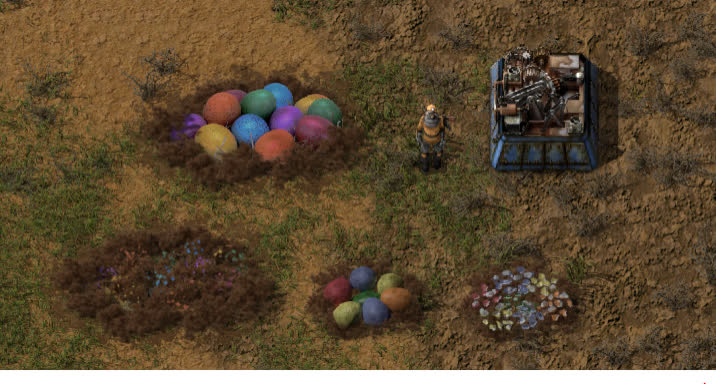 Called when an egg nest is destroyed, but before anything is created in its place by the mod. Includes the values:

Returns the event ID for the "BiterEggs.EggPostDestroyed" event.

Thanks to Hornwitser for some egg nest graphics.