"They mostly come at night. Mostly." -- Biters in polluted areas become more aggressive at night. Includes an option to have biters only attack at night.

The biters attack more often at night. Nightfall follows the spirit of Scary Nights, but has been written from the ground up to run far more efficiently: The CPU requirements of Nightfall will not increase with map size/play time.

Please take note: this mod respects pollution. In a large starting area, it may take a long time before pollution reaches biters, especially in a forested area.

Compatibility with Other Biter Mods

Nightfall should be compatible with other biter mods. This mod does not touch the inner workings of biter AI, but simply requests the AI (whether that's modded or vanilla) perform additional attacks.

Found under the Settings -> Mod Settings menu, a feature has been added that suspends biter attacks during the day - so the only time biter attacks will happen is at night. Please note that biters will still build up during the day, so night attack waves may be very, very large.

If turned on during a running game, only new biters will be affected (this is for performance reasons). If turned off, the change should be immediate.

Also note that while no issues have been reported so far, this feature may not work as well with modded biter AI.

Nightfall is a minimalist mod. To add further atmosphere and challenge, you may wish to use it in conjunction with Clockwork - which can extend the day/night cycle and make nights darker, depending on your configuration.

This preview shows a Clockwork world at maximum darkness. 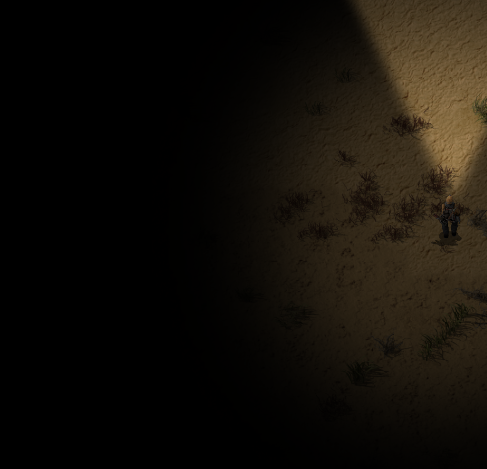